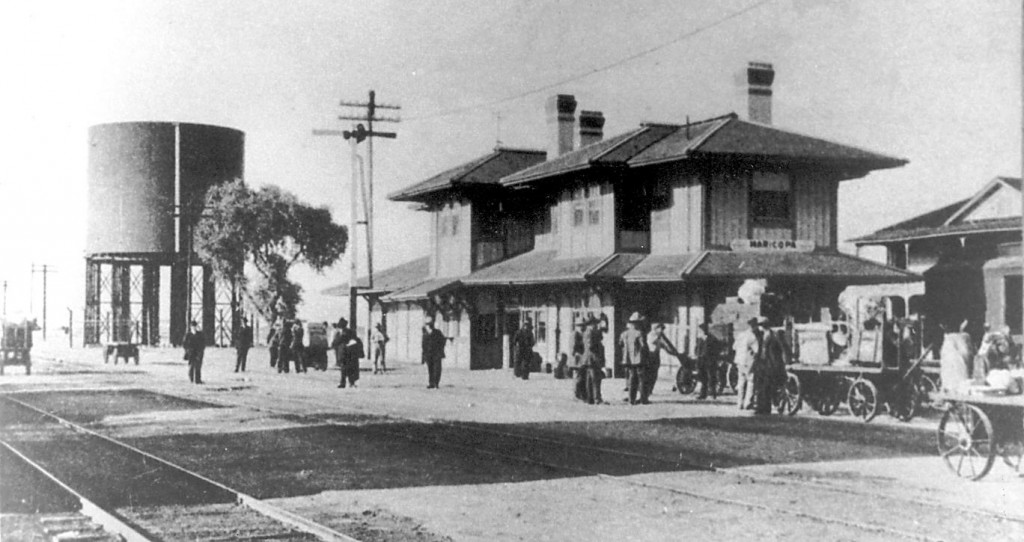 A 1694 journal entry by Father Eusebio Francisco Kino records a description of what would become Maricopa Wells. He noted an established agricultural community populated by friendly Native Americans who were established traders.

In the Mid-1800’s, when everything south of the Gila River was still part of Mexico, Maricopa Wells was a dependable source of water along the Gila Trail. It became an important and famous stage stop for the Butterfield Overland Mail Line that stretched from St. Louis to San Francisco.

The 1870’s brought the railroad south of the wells and the ever-adaptable people of the area moved to meet the needs of progress. Phoenix was little more than a tiny village on the Salt River but growing political influence led to the building of a spur line from Maricopa to Phoenix. Today’s Maricopa Road (John Wayne Parkway) lies over the top of that old rail line.

In 1935, Maricopa settled into a slower pace as rail traffic north was halted. Although agricultural production had been consistent through time, it became the catalyst when the rail service was cut. Increased mechanization of agriculture slowed the flow of people. However, it created a hearty farm economy that thrives today.

Farms and pecan groves have given way to new rooftops, paved roads and endless opportunities for residents. In response to unprecedented hyper growth, the residents of Arizona’s 88th city voted to adopt its first Municipal General Plan that would ensure Maricopa achieves its vision through the year 2025.

In order to honor the past while moving into the future of rapid growth, the City developed a new vision that represents the present and future: the City of Maricopa is a family-oriented, vibrant community for residents and businesses seeking careful growth, environmental awareness, and a high quality of life.